Written by Bryan Zitzman
Updated over a week ago

Doxy.me uses Twilio's text messaging service to send approximately three million text messages each month. These messages include both text invites to patients and waiting room text notifications to providers. On average, these messages are delivered 95% of the time. 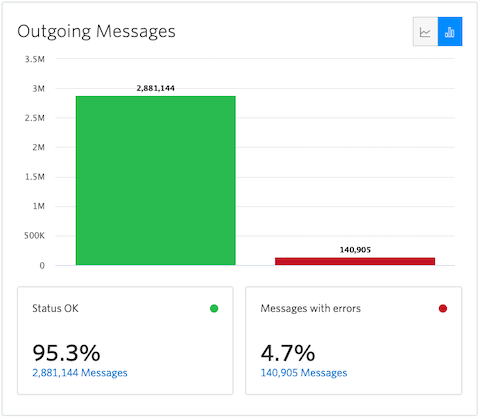 For those times when a text message is not delivered as expected, here are the most common reasons and what you can do about it. 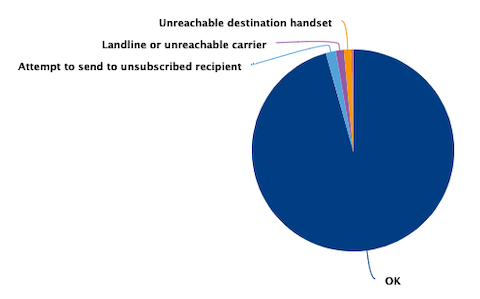 The message was sent to an unsubscribed recipient

This means the intended recipient chose to unsubscribe to doxy.me messaging at some point in the past. If you attempted to send an invite to this person, you would have received an error message letting you know the patient has unsubscribed.

The message was sent to a landline

This means that the phone number you are trying to send a message to does not receive text messages.

The message was sent to an unreachable phone

This generally means that the phone you are trying to send the message to is either turned off or out of range. It could also mean that it doesn't have a sufficient signal/connection.

The message was filtered / blocked by the mobile carrier

This means that the mobile carrier - the company who supplies service to the phone - is preventing the message from going through. Over the last year, mobile carriers have become increasingly more aggressive in their attempts to block unwanted text messages. Unfortunately, this sometimes results in blocking some messages that are actually wanted. This problem can often be resolved, but it takes a bit of effort to do so and must be done by the person wanting to receive the message.

Please keep in mind, changes may take a couple of hours to take effect.

If you are located outside of the United States, and are finding that many of your text invites or text notifications are not going through, please contact doxy.me support and let us know. We can then work directly with Twilio to investigate the situation and find a viable solution.

Did this answer your question?